SMEs that received help in getting online through the government’s broadband connection voucher scheme in 2015 are generating much more money, according to a report.

The combined increases in sales and cost savings generated by small and medium enterprises (SMEs) that installed faster broadband connections under the government’s broadband connection voucher scheme will be worth billions of pounds in gross value add (GVA) to the economy over two years, according to new figures.

The Department for Culture, Media and Sport (DCMS)-backed broadband connection voucher scheme was open to SMEs in 50 towns and cities around the UK and was successful enough that it was wound up six months ahead of schedule in October 2015 after exhausting the funding set aside.

About 55,000 businesses took advantage of the scheme, which provided them with grants worth up to £3,000 to cover the cost of installing superfast broadband connections.

Statistics compiled for the Greater London Authority (GLA) have now shown that in the capital alone, SMEs are likely to generate £2bn in additional sales within 24 months, while saving just under £1bn and creating 32,000 new jobs.

The combined sales increases and cost savings represent a 20% increase in GVA, a measure of economic wealth creation similar to GDP minus taxes and subsidies. For the economy of London itself, this represents £430m in additional GVA and more than 10,000 new jobs over the first two-year period.

The GLA said this represented an extremely positive ROI on the scheme, generating nearly £24 for each £1 invested, and a cost per job of over £2,200.

Half of the respondents to the survey – which was carried out by economic development and regeneration consultancy Adroit Economics alongside digital agency The Fifth Sector, broadband market intelligence service Point Topic and the University of Manchester – said faster broadband had been “transformational” to their businesses.

“The findings of this survey, its analysis and assessment, provide strong evidence that the benefits to SMEs and resulting financial and economic impacts locally, regionally and nationally of the use of faster broadband are high, representing the equivalent of a third of current turnover. This is far higher than current global broadband literature suggests.”

“Small businesses that adopt faster broadband see immediate changes in their way of working as people in the organisation seize on the opportunity to improve their skills and ‘work smarter’,” said Iain Bennett, managing director at The Fifth Sector.

“The technology unleashes latent productivity, which provides a lasting and growing benefit to the individuals and firms concerned – a really important finding at a time when businesses and policy-makers alike are striving to find new ways to boost economic performance, increase jobs and improve skills.”

Point Topic CEO Oliver Johnson said the data enhanced his organisation’s understanding of the benefits of business broadband, adding that it was helpful to have well-researched and concrete inputs for future business models.

“Long to medium term, it appears there is at least an order of magnitude more to be gained than many projections had forecast, and even short term there is a much stronger case for more bandwidth in business,” he said.

If you would like to find out how your business can benefit for improved connectivity please call us on 03451 990 990 or click on the link below and one of our consultants would be delighted to get in touch. 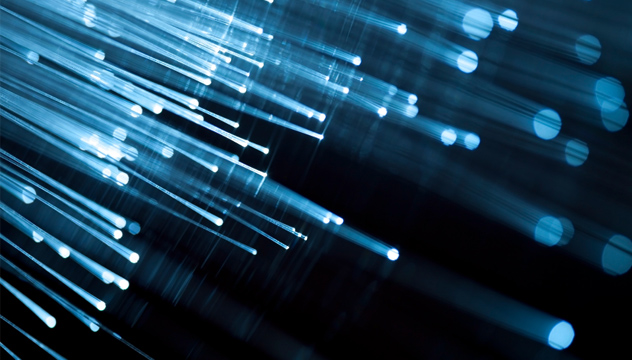 Bespoke phone systemsBe More MobileThe Art of MorePlan for success in 2022, and plan for your comms before 2025!Getting that festive feeling with 2CCe-SIMs for the Win2nd Year RunningEarly Treats and a few Golfing TricksUnlock your full potential with the 'Open Road'What's all the fuss about 5G?A slow but steady return to normality...Don't let your staff returning to the office be a Trojan horse...The Great British Switch OffOur Royal Connectivity for both domestic and business useProtect your business from just a few £££ per monthHow COVID-19 has sparked a digital age of entrepreneurshipMobile MAY-niaBelated Celebrations and Brand-New AnnouncementsSPRINGING into actionFebruary FunHave you considered your post-lockdown working environment?The problematic pricing of large providersGood riddance and goodbye 2020...Hello 2021Our Festive FarewellLockdown 2 - What does it mean for you and you business?Award WinnersiPhone 12 - Now Available!An alternative to the pubProducts to help your business prevail in the 'new normal'Positive things and positive peopleMorning motivation and fresh facesSafety First!Mobile May MadnessStaying connected as the world changesFull Fibre Breakfast and BroadbandWhy Getting Better Broadband is Essential to Your Business’s SuccessCorporate Social ResponsibilityData Usage Warning!Fibre Connection for the FutureTELECOMS: What You Need to Know in 2019The time for better connectivity is now!2circles Consulting June '192Circles Consulting May '19How can Wi-Fi experience drive loyalty?2Circles Consulting April '19The Decline of the Landline - ten years in telecomsCoulda, Woulda, Shoulda….2Circles Consulting March '19The Next Big Thing?When will I be able to get full fibre broadband?The New Way to Give to Charity?2Circles Consulting February '192Circles Consulting January '192Circles Consulting December '18Protect yourself from telecoms fraud from just £1 a monthIt's that time of year again, is your phone system prepared?Who can remember the Millennium Bug Hype?Limiting 'phone addiction' in the workplace5 things I learned from reading One Device (The Secret History of the iPhone - FT Business book of the year 2017)Land Rover release ruggedised phone for the farming community!New Features in Android PieThe Switch-Off is Happening!Thomson Cooper Secure their £3,000 Broadband Voucher for Gigabit BroadbandNew Version of Android to Help with Your 'lower spec' Android DevicesThe Rural Connectivity Conundrum£3,000 Broadband Vouchers are back!The Right To Demand Faster Broadband SpeedWhen Weather affects Work - The Show MUST go on - But HOW?It's time to 'Flip the Iceberg' on the Cost Of a Hi-Speed and Guaranteed Broadband ServiceCopper is Dead, Join the Full Fibre Revolution!CAT's Latest Phone is a Real WorkhorseTequila & Tacos but Poor Mobile ServiceThe Cost to Your Business of Cheap SolutionsGood ol' BT...Have you locked the front door?Ransomware outbreak - Cisco Meraki will never make you want to cry!Superfast. Ultrafast.HTA News Feb 2017Consumers Spent More Than 900 Billion Hours on Apps in 2016A Golden Template for Every NetworkInternet of Things Will Play Major Role in Ultrafast Broadband GrowthChristmas has arrived early for businesses still on ISDN lines!How will the PSTN and ISDN switch off impact on your business?Reliability Contest: ISDN vs VOIPInternet of Things Devices, Applications & ExamplesBroadband Voucher Scheme Generates Billions of Pounds for British Economy6 ways a VoIP phone system can help your businessHow will your broadband cope with growing business demands?3 Tips to Roam Worry FreeThe Big ISDN Switch-Off17 Mind Blowing “Internet of Things” Facts9dots Review of The YearMobile contracts – the decisions have changedThe Internet of Things - What does it actually mean? And what does it mean for your business?Video Interpreting For The Deaf Across All Public Services In ScotlandBroadband - speed vs reliability